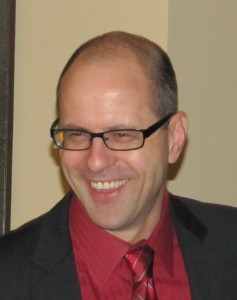 Following law school, Sal co-founded the law firm Frontiero & Graves in Stoneham. That firm was successfully built from scratch and gradually grew to include three attorneys and a large support staff.  After seven successful years, Frontiero & Graves was dissolved in 2001 and Sal worked with the Law Office of Stephen Columbus in Stoneham until December 2002, when he decided to move his practice back home.

Frontiero Law Office, P.C. was founded in January 2003.  At Frontiero Law Office, Sal is a sole practitioner with a general practice catering to the needs of the individual and small business owner.  Areas of practice include estate planning, probate, liquor license transfers, real estate matters including real estate closings and land use, among others.  Sal always offers a free initial consultation.  In the event that Sal does not handle your particular type of legal issue, he will assist you in finding an attorney who does.

Sal believes it is the duty of a small business person to give back to the community that supports that business. As to civic and community involvement, Sal is an active member of the Gloucester Rotary Club and the Cape Ann Chamber of Commerce.  He has served as President of the Rotary Club and President of the Board of Directors of the Cape Ann Chamber of Commerce.  He is also a past member of the Cape Ann YMCA, also serving as President of that Board.  Sal volunteers his time in other ways, such as offering monthly office hours free of charge at the Rose Baker Senior Center in Gloucester to help senior citizens in need of legal advice.  He also coaches youth baseball.  Sal is a past member of the City of Gloucester Downtown Development Commission, the Pride Stride Committee and the Board of Directors of Pathways for Children.